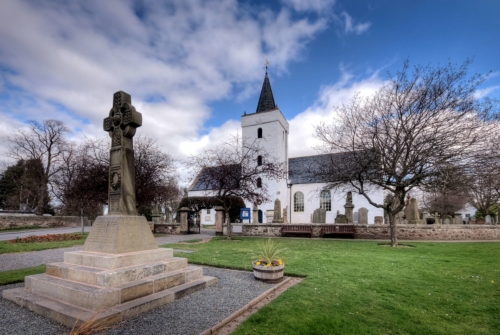 It is now fairly well known that cement is not good for old buildings and that lime mortar should be used. Why? What are the advantages and what are the disadvantages? James Simpson OBE Hon.DSc FRIAS, Chairman of the Building Limes Forum, discusses…

Traditional building has its origins in the pre-industrial age, when buildings were made from natural, local materials. In the UK, earlier buildings of timber were superseded by walls of stone or brick, bedded in lime mortar, plastered internally and sometimes also finished externally with a floated or thrown plaster coat and limewash.

These buildings were assembled by hand with skills developed over the generations and nurtured through the trade apprenticeship system. They were practically detailed to exclude and shed water and, viewed from today’s perspective, the process was almost entirely benign: everything was ‘renewable’ and carbon emissions in construction, if not in use, were negligible. The system, developed over centuries, worked.

Paradoxically to the modern mind, this is because in traditional building, almost all the materials and the construction as a whole were, in relative terms, soft, weak, and permeable. Rainwater was shed or otherwise carried away from roofs, but the walls, protected by overhangs, cornices or drip-courses, were permeable. Moisture absorbed in wet conditions penetrated the outer surfaces of the walls, but evaporated out again when dry, and dry walls are warmer than wet walls.

Many problems in traditional buildings follow from the application of strong and impervious finishes like cement, which invariably make the walls wetter. This is because moisture from minor leaks, tiny surface cracks and ground water is prevented from evaporating through the external wall surfaces. Attempts to exclude moisture with damp courses and membranes only exacerbate problems by causing a build-up of wetness on one side or the other.

Timber decay is commonly associated with wet masonry and. cement mortar also damages the outer surfaces of walls: if it is harder and less permeable than the stones or bricks to which it is applied, it traps moisture and concentrates vapour movement, causing sacrificial decay.

Modern construction is the opposite of traditional building in almost every respect. It employs materials which are manufactured, processed and transported, and which are hard strong & impermeable. This system is extravagant of energy and resources. In particular, the cement industry creates up to 8% of worldwide man-made CO2 emissions.

Several conclusions may be drawn

Lime is the essential ingredient
Lime is the essential ingredient of traditional mortars, plasters, renders and surface finishes. There are different sorts of lime and different ways of preparing and using it. At its simplest, what is called ‘air lime’ is made by burning pure limestone in a kiln, driving off CO2. As the mortar cures, the CO2 is re-absorbed. This ‘Lime Cycle’ is what makes lime mortar in its pure form ‘carbon neutral’. Current thinking is that natural hydraulic limes (NHLs), which have a chemical set analogous to that of cement, should be used only when there is a particular reason for doing so. Also that the traditional method of adding water to a dry mix of the quick lime and aggregate to produce a ‘hot mixed lime mortar’ gives the best results, both for the health of the building and for the environment. 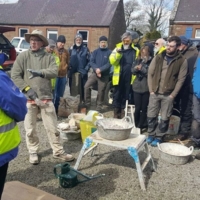