The 2020 BLF Conference and Gathering will be held from Friday 4 to Sunday 6 September in Exeter, Devon, UK, with practical workshops at Poltimore House on Wedesday 2 and Thursday 3 September.

Exeter deserves to be better known.  It has a walled medieval city centre, which, though it suffered during WWII, still has enough medieval, Tudor and later buildings to be interesting.  The Cathedral dates from 1050: the two towers are Norman and the magnificent west front (second only to Wells) was built between 1340 and 1470.  The west front was worked on by the Bakers in the 1970s after their work at Wells and also gives examples of stone conservation from every decade since.  While some work was done to the interior by the Victorians, a lot of medieval fabric (with original colour) and fittings (minstrels’ gallery and Bishop’s throne) remain.

The theme for the 2020 Conference and Gathering is Looking Back, Looking Forward: learning from the past to inform the future.  There will be hands-on activities at Exeter Cathedral, where the west front, second only to Wells for its parade of medieval sculpture, was worked on by Eve and Robert Baker in the 1970s.  Visits are being planned to the Wellington monument restoration project, Salcombe and Beer limestone quarries, where much of the stone was sourced for Exeter Cathedral and other notable local buildings.

Bed and breakfast accommodation (all with ensuite) is available in Holland Hall, a modern hall of residence two minutes from Reed Hall.

Booking will open in the spring.  Watch this space! 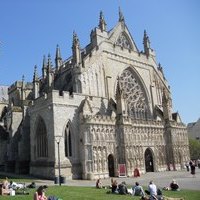 4-6 September 2020, Exeter. Looking Back, Looking Forward: learning from the past to inform the future. Booking will open in the spring. 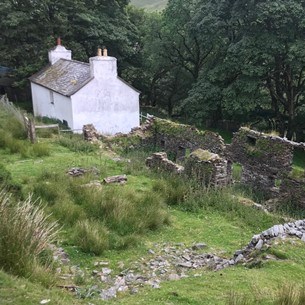 Following the Earth and Lime seminar in York in June 2019 and recent encouragement from the Conservation Forum IOM for more support for traditional buildings, a three-day CPD event has been arranged for Douglas on the Isle of Man.