In 2012 the Building Limes Forum marked its twentieth anniversary. Since its founding in 1992 the Forum has grown and developed both nationally and internationally in its influence, both through the links, and sharing of information, with other lime-focused groups, and practically and positively in contributing to government regulations and Codes of Practice.

Conference
This year’s annual conference at Durham had the theme of The Future of Lime and representatives from the UK and as far as the USA, and Mexico heard lectures on various topics including nano-lime and reducing the Carbon foot-print.

Other events held were another in the series of Lime in New Build Seminars, held in conjunction with the Heritage Skills in Basingstoke in February 2012, and a small-scale lime burn held in the Dudley Black Country Museum in May 2012.

Sharing
The ongoing success and intrinsic qualities embedded within the Building Limes Forum are due to the breadth and depth of knowledge of the membership, strengthened through the practical hands-on experience that is openly shared. That is why the Forum was specifically not called a group or a society at the time of our foundation. Our life blood is the ever-flowing exchange of practical craftsmanship and scientific understanding of the very element that binds us, and our handiwork, together. The sharing of knowledge is exemplified by the Journal, volume 19 was published in 2012.

Lime Message
The Forum and its members continue to inform, advise, and demonstrate the long-established and proven track record of using building limes.

While the ‘lime message is far better known, government bodies and conservation authorities continue to allow the use of cement-based mortars and products, not only with modern construction that is meant to be embracing a green agenda but also in the repair of and alterations to historical lime-mortar based buildings.  The Forum’s website is our ‘shop-window’ and the number of visitors continues to rise.

Incorporation
On 28 November 2012 the Building Limes Forum was incorporated as a Scottish Charitable Incorporated Organisation (SCIO).  This gives the Forum extra credibility and reduces the liability of the committee and members.

The Conference and Gathering in 2013 will be held in Dublin under the aegis of our sister organisation, The Building Limes Forum Ireland.  The Forum will be looking to join forces with other like-minded organisations for joint events.

Volume 20 of the Journal is being prepared and there will be the usual newsletters to inform members about best practice, research and current developments in the use of lime in building. 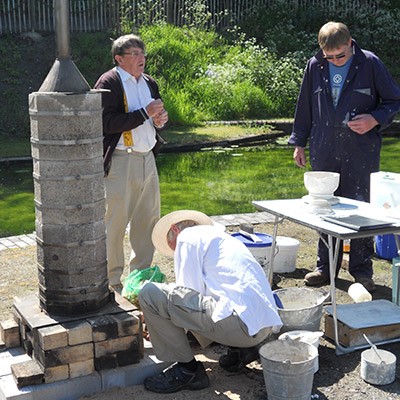 Looking Back, Looking Forward: learning from the past to inform the future. The 2021 hybrid conference took place in November, with talks being live-streamed from Exeter Cathedral to regional hubs and online.